Why Do People Suffer From Marijuana Addiction?

The use of marijuana has long been glorified across multiple forms of popular media. Despite evidence to the contrary, many people believe that using this dangerous drug is not a big deal.

This is simply not true. It is indisputable that marijuana is an addictive substance, but why do people suffer from marijuana addiction?

One way in which people with an addiction to marijuana suffer is physically. Heavy use of this drug is proven to cause health problems including:

All of these physical effects can bring about many different levels of suffering depending on how severe they are. Continued marijuana use makes them worse, increasing their unpleasant and dangerous effects. 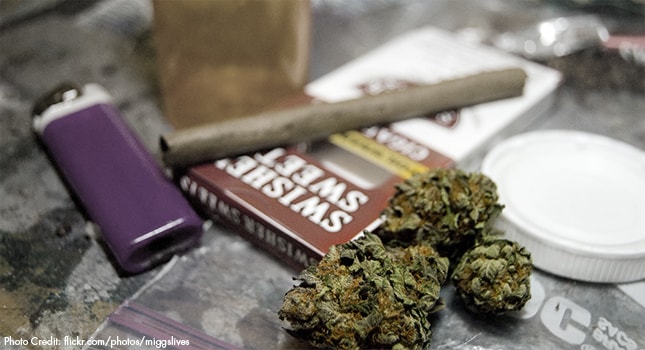 Marijuana abuse and addiction has also been proven to cause or worsen several mental illnesses. These are:

Anyone that has experienced any of these mental illnesses knows the suffering that they can bring. Marijuana use can cause you to experience them, if you haven’t already. It also makes the medications for treating them much less effective and more unpredictable.

How it Affects Your Life

Marijuana abuse and addiction has negative effects on other areas of your life, as well. According to the National Institute on Drug Abuse, marijuana addicts have much lower life satisfaction and work or school success than people that do not use it.

There are also many reports of relationship problems in marijuana addicts. This shows just how many ways you can suffer from an addiction to marijuana.

If you or someone you care about is experiencing the effects of a marijuana addiction for rehab, you may feel like there is nothing you can do end the suffering. However, there are treatment options available that have been shown to help these people end their marijuana dependence and take back their lives.

Is it Possible to Suffer from Synthetic Marijuana Addiction?

In recent years, less than responsible companies have been producing chemical products that are marketed as “safe” and “legal” replacements for cannabis. Synthetic marijuana, as these compounds are more commonly known, are neither of these things, but is it possible to suffer from synthetic marijuana addiction?

The first thing to know in order to understand if you can suffer from a synthetic marijuana addiction is whether or not it is addictive. While the specific chemicals used to produce it keep changing to avoid drug laws, there is no doubt that frequent users experience signs of having addiction. These include:

All of these signs indicate an addiction, making it entirely possible to suffer from one associated with synthetic marijuana.

How it Affects the Brain

The chemical compounds in synthetic marijuana attach to the same brain receptors and cause the same type of changes that cannabis does. While this results in the desired effects of improved mood and relaxation, according to the National Institute on Drug Abuse, it also often causes symptoms of psychosis. This includes:

Anyone experiencing these effects on a regular basis due to an addiction to synthetic marijuana will understand how horrible these substances truly are.

Synthetic marijuana is known to cause health effects in addition to the effects specific to the brain changes it is intended to produce. These are:

These effects can be very dangerous and even life threatening to those suffering from them.

As you now know, people that become addicted to synthetic marijuana suffer from withdrawal symptoms when they try to quit. The symptoms are primarily psychological and may include:

When you combine these symptoms with cravings for the drug, it is easy to see just how addictive these substances can be.