Is it Bad to Mix Klonopin and Alcohol


Klonopin and alcohol do not mix! They are both central nervous system depressants that slow down activities in the brain, the heart, the lungs, and other bodily functions. If you were prescribed Klonopin, your doctor should have made this very clear to you.

What is Klonopin Prescribed For?

Klonopin is a benzodiazepine medication prescribed as an anticonvulsant to treat seizures, sedative for insomnia, anti-anxiety medication to treat panic and anxiety disorders, and as a muscle relaxant for uncontrollable muscle movements such as restless leg syndrome, and more commonly, it is used in treatment for withdrawal syndrome, which is often where initial exposure to Klonopin occurs. 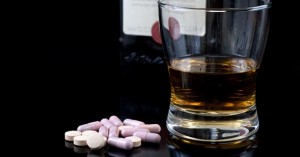 Mixing alcohol with Klonopin can lead to dangerous effects.

Klonopin is considered to be safe if used as prescribed, but, only short term. Long term use of any benzodiazepine drug, more than 30 days, can lead to dependency, addiction and subsequently withdrawals. The most notable effects of Klonopin include:

Combining alcohol increases all of these effects, exponentially, and can lead to respiratory failure, heart attack, seizures, coma, overdose, and death. Yes, Klonopin can actually increase the possibility of seizures, even if alcohol is not used. It may only take one alcoholic drink to become overly inebriated and since both Klonopin and alcohol intensify the effects of each other, there is no way of predicting what the other effects will be.

Klonopin causes serious psychological impacts of memory loss, impaired judgment, loss of inhibitions, increases in anxiety and panic, over and above what it was initially prescribed for, especially when used more than 30 days or combined with other substances such as alcohol.

In some people, it can cause hallucinations, suicidal tendencies, harmful behaviors, psychosis, and other serious mental health disturbances. Both Klonopin and alcohol have high potentials for abuse and may lead to abuse of other substances. According to the Substance Abuse and Mental Health Services Administration (SAMHSA) treatment episode data, in 2008, “Almost all benzodiazepine admissions (95 percent) reported abuse of another substance in addition to abuse of benzodiazepines:”

When alcohol is combined with Klonopin, there is a high risk of adverse and strange behaviors resulting. A person may walk the ledge of a 10 story building, thinking their fall is only a few feet away. They may become belligerent, aggressive, violent, suicidal, or do outrageous and stupid things, even drive, and remember nothing about it afterwards.