Can You Overdose on Klonopin?

Although benzodiazepines are considered much safer when it comes to overdose occurrences than their predecessors, barbiturates, you can overdose on Klonopin.

Klonopin acts as a central nervous system depressant and influences every aspect of brain functioning by enhancing the actions of the natural brain chemical, GABA (gamma-aminobutyric acid). GABA inhibits neurotransmissions from one brain cell (neuron) to another by telling the ones it comes in contact with to reduce or stop firing messages. The result is a calming effect within the mind and rest of the body.

Taken as prescribed and orally, Klonopin can be effective in treating seizures and convulsions for short term intervals and is often prescribed to treat insomnia, anxiety, and panic disorder. Long term use of benzodiazepines, such as Klonopin, has been linked to many adverse physical and psychological effects including tolerance, dependence, addiction, and withdrawal syndrome. 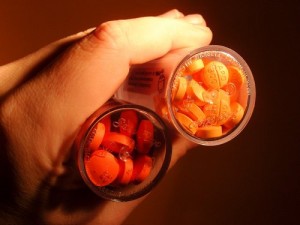 It is easy to become addicted to Klonopin.

Klonopin users can quickly develop a tolerance to the drug because of its influence on GABA receptors making them unresponsive to the inhibitory effects while other neurotransmissions may become activated to a hyperactive state increasing the person’s need to use more Klonopin. The increase increased anxiety and other emotional instabilities may cause the person to use Klonopin more frequently, in higher amounts, or to chew the pills for quick relief.

Any of these abuse methods can increase the person’s vulnerability to potential overdose, especially when Klonopin is combined with alcohol or other CNS depressants including sedatives, opiates, and antihistamines. According to SAMSHA’s 2011 Substance Abuse Treatment Admissions for Abuse of Benzodiazepines report, “Almost all benzodiazepine admissions (95 percent) reported abuse of another substance in addition to abuse of benzodiazepines” and 82.1% of them reported the other substances as being the primary substance of abuse.

Snorting Klonopin produces an immediate “rush” because of its quick contact with the brain. However, most of the medication is not absorbed through the nasal passage and abusers will often repeat the experience several times, leaving large amounts of Klonopin unconsumed until it reaches the digestive tract after draining down the throat much later.

They may repeat this experience multiple times, increasing their overdose risk dramatically, and many overdoses have been a result of this type of abuse and not being realized until after the person falls asleep.

Symptoms of Klonopin overdose may include: