Klonopin is a benzodiazepine medication, clonazepam, used to control seizures and often prescribed for treatment as an anticonvulsant, muscle relaxer, or anti-anxiety medication. Klonopin, produces tranquilizing, hypnotic, and sedative effects by slowing down brain activity and acting as a central nervous system (CNS) depressant. When used as prescribed, Klonopin is considered safe for short term use however, long term use is controversial. There is a high potential for tolerance and dependency as well as abuse.

The most common Klonopin side effects include drowsiness, decreased alertness and concentration, confusion, amnesia, lack of coordination, and muscle relaxation. Klonopin is often compared to the anti-anxiety medication, Xanax, but, it has a slower metabolism rate when taken orally which makes it effectively, a longer lasting medication. Klonopin tolerance can develop quickly and dependence can occur after just a few weeks. 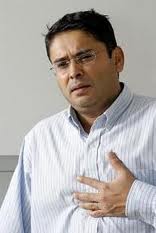 Klonopin can cause respiratory or cardiac failure in extreme cases.

Tolerance is a major concern in long term use or abuse of Klonopin because it causes many users to result to abusing the medication or combining it with other drugs or alcohol to enhance its effects. Because it is a long lasting medication, users risk overdose by taking too much Klonopin, too frequently, or abusing it by crushing and snorting the pills. Klonopin pills are not soluble and many users are deceived by thinking they have snorted a safe dosage when in fact, most of the drug cannot be absorbed until it passes down the throat and it is metabolized.

Klonopin can cause respiratory failure, cardiac failure, kidney failure, coma, seizures, and death. Other physical dangers such as psychomotor impairments or lack of coordination can cause injuries from falling or make it dangerous to drive, swim, or operate machinery. Rashes, hives, or swelling of the face, throat, and eyes although, less common, are also dangerous side effects and emergency medical attention should be sought.

Withdrawals from Klonopin can be dangerous and a gradual reduction is recommended. According to the National Institute on Drug Abuse, “Because all CNS depressants work by slowing the brain’s activity, when an individual stops taking them, there can be a rebound effect, resulting in seizures or other harmful consequences.”

Long term use or abuse of Klonopin has been known to increase anxiety, aggression, depression, and suicidal tendencies as well as cause seizures, and lower inhibitions. Psychological dangers can cause the person to engage in risky or unwanted behaviors or to become isolated from friends, family and society. Often underlying mental health disorders can be aggravated by the use of Klonopin and some cognitive deficits may be permanent.