Klonopin Versus Xanax: What’s the Difference?

Both Klonopin and Xanax are members of the benzodiazepine (benzo) family. Both are prescribed for anxiety, panic disorders and sometimes insomnia. While both seem to treat anxiety and panic disorders in the same way, there are differences between Klonopin versus Xanax. There are pros and cons for both.

Xanax’s effects do not last as long as Klonopin. Xanax takes effect much more quickly reaching it’s peak effect within an hour of taking the medication. The effects of Xanax usually last for about three to six hours before the patient will need to redose. Some feel that it is too short acting and can have a rollercoaster effect from when it starts to wear off to before the next dose kicks in. Xanax is usually prescribed for short amounts of time because a tolerance can be built up if taken for longer periods. Most benzodiazepines are only recommended for short term use.

Which is Prescribed More Often? 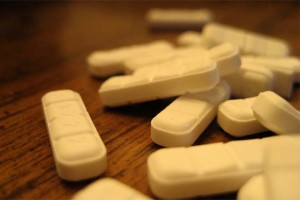 Xanax and Klonopin are both benzodiazepines though they are a little different.

Xanax is prescribed more frequently then Klonopin and more often than any other drug used to treat anxiety and panic disorders. Xanax also sends more people to the emergency room than Klonopin. All benzodiazepines account for up to 35% of ER visits. Mixing either drug with alcohol or other drugs can greatly exacerbate its effects and is believed to have increased the number of drug overdose related deaths.

Both medications work differently for people. Some people who suffer from panic disorders feel that Xanax more completely treats their symptoms. Although Klonopin lasts longer than Xanax most feel it is a more subtle depressant and many feel that it does not provide relief from their anxiety as well as Xanax. On the flip side, many feel that Klonopin is safer and provides more even relief from anxiety and believe the withdrawal symptoms are not as severe and prefer it over Xanax. The best way to determine which will work best is to try each one under a doctor’s supervision.

Which is More Addictive?

Both medications have the potential to cause dependency but many feel that Klonopin is more addictive than Xanax and claim to feel symptoms of withdrawal much longer after they stop taking it. Some say they still suffer from withdrawal symptoms for as long as ten years after they discontinue using it. However according to NIDA, “Years of research have shown that addiction to any drug (illicit or prescribed) is a brain disease that can be treated effectively”, and recovery treatment for both Klonopin and Xanax are similar. There is no scientific study that suggests one is more addictive than the other, and everyone has a different reaction to medications. Different medications work better for some people than others.